At Hoover’s we’re a little partial to poultry being served at the Thanksgiving table, but ham comes in at a close second to turkey. A recipe submitted by Alicia at The Pork Diaries has a mouth watering addition to that Thanksgiving ham, and its sure to be a crowd pleaser!

“This recipe has been made on the Schmitt side for years. It’s one of those recipes that can take you back, and the only thing you can pair it with is ham. The sauce reminds me of something you might find at a 1960’s Christmas right next to the ambrosia salad. It’s sweet, its timeless, and its amazing. Apparently getting the recipe is just as hard as trying to catch a little greased pig, after you’ve had more than a few beverages, its close to impossible. My mother in law has been asking for this recipe for years, she has it now but somehow every time she asked someone for it the recipe changed slightly, coincidence? I think not. This recipe (we think) is the original.” -The Pork Diaries

We think this is the perfect addition to dress up a ham at any Thanksgiving! Enjoy!

Simmer ingredients on medium heat stirring constantly until thick to your desired texture.

134
HamThanksgiving
A Few of our Favorite Things!
Cranberry Apple Stuffing 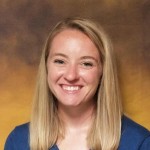 Raising Chickens- The Basics With Alicia of The Pork Diaries